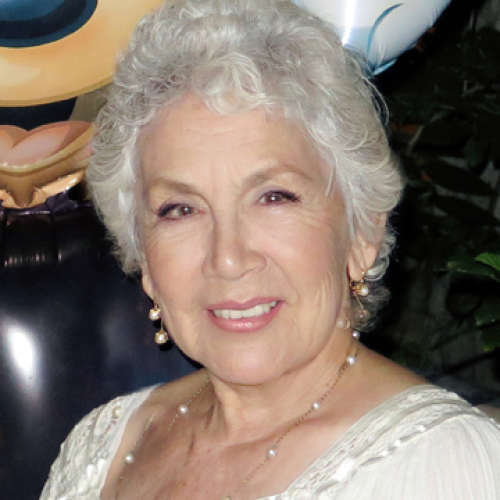 Meli Notholt has been actively painting since the early 70's with the Kerrisdale Art Club in Vancouver. She began selling her paintings almost immediately in group shows.
Her career began to flourish with her move to Vancouver Island and becoming a member of the Saanich Peninsula Arts and Crafts Society (SPAC). Exhibits include the Institute of Oceanography as well as becoming on-air interviewer and producer of the televised show, Artists at Work.
Upon her move to Mexico, Meli became a member of SOMART, the Mexico Arts Society and she exhibited in galleries and museums in Mexico City, Queretaro, Puerto Vallarta, San Miguel de Allende and other art centres. Her last shows in Mexico received much press and she was invited by government officials to exhibit in their Libertad Gallery in Queretaro.
During the 12 years in Mexico, Meli studied various art media including stained glass, batik and block printing. Art has always played a major role in Meli's life, and she has developed a unique style of surrealistic expression, fusing nature and wildlife called, MELIZOOS.